As the United Kingdom becomes increasingly litigious, it is apparent that there has been a significant increase in actions being brought against the directors and officers of companies. Some of these instances have received a lot of publicity, but in many cases these claims are settled out of court, receiving the minimum of attention. The growing interest and lobbying power of consumer bodies and groups to find somebody to blame, has increased the chances that the courts will hold directors personally liable.

Directors liabilities can be summarised under four distinct headings:

If claims or disputes arise the directors/officers of the company can be made personally liable. The most likely source of a claim would be from the following areas:

Directors and Officers Insurance operates on a “claims made” basis. This provides cover for claims made (and notified to the insurer) during the period of insurance only but can relate to issues occurring at any time in the history of the insured’s business.

The team at Cavendish Munro appreciate that Directors and Officers Insurance can be vital in the protection of both key individuals and the companies involved, so please get in touch if you would like to know more. 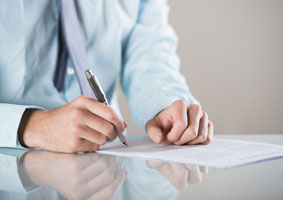 Talk To Us Today